A Night of Stars in Concert features Conservatory Students

Over twenty stars from Broadway and Fairfield County will perform in A NIGHT OF STARS IN CONCERT December 7th to benefit the Summer Theatre of New Canaan and support their successful arts education programs. Broadway, Regional and local professional artists will be performing the popular show tunes from such great Broadway shows as South Pacific, Carousel, My Fair Lady, Big River, Grease, Camelot, The Music Man, Jekyll & Hyde, Rock of Ages, Joseph and the Amazing Technicolor Dream coat, Hair Spray, Mary Poppins and more. “This concert will be a night to remember” beams Melody Meitrott Libonati, Artistic Director. “We are overwhelmed by the talent and generosity of the musical theatre artists performing”. 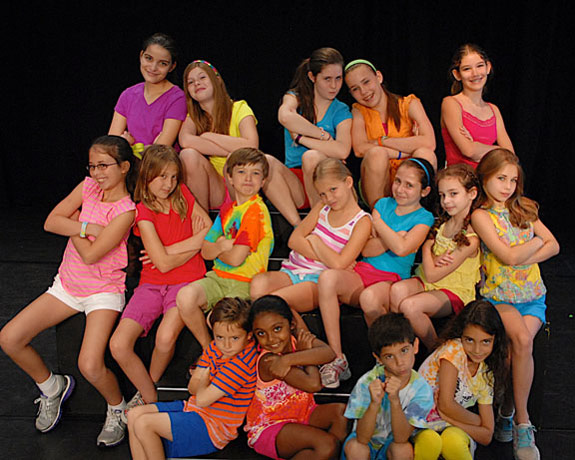 Also sharing the stage and backing up some of the singing artists will be a student choir from the Performing Arts Conservatory of New Canaan whose students performed as the children choir in the Summer Theatre company’s production of Joseph and the Amazing Technicolor Dreamcoat.

A Night of Stars in Concert will be presented by the Summer Theatre of New Canaan in the New Canaan Country School Theatre located at 695 Frog Town Road. Evening begins at 7:30pm with a pre-show wine reception (open to all ticket holders), Concert begins at 8PM (includes live-auction) and is followed by a post-show reception with the evening’s stars and Board of Trustees.

More information and tickets for A Night of STARS in Concert and the Summer Theatre of New Canaan is at www.stonc.org.The Summer Theatre of New Canaan, a 501c3 non profit theatre company is now in its 10th year and produces professional musicals, theatre for young audience shows and has developed quality arts educational programs for College Internships, High School Theatre Intensives, a Middle School Junior Company and their unique DramaRamas (Musical theatre program for students with special needs). Theatre company performances are presented June, July and August in a modern tent theatre in Waveny Park, New Canaan, CT.