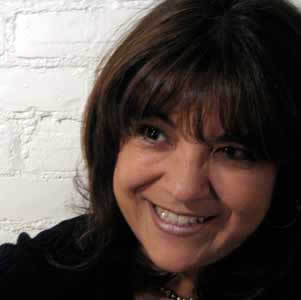 A workshop for high school students that will help to guide students to writing scripts for the screen. Learn the process of writing an engaging story by analyzing movies that you have seen. Put your pencil to paper and give your creative juices a chance to write your script. Two day workshop – Saturday, Oct 19 and Sunday, Oct 20, both days from 10am-2:00pm.

About GiGi New: GiGi New is a film and television writer.  She has written over a dozen scripts, been staffed on sitcoms. A finalist for The Disney Fellowship, she began her career as an assistant on Everybody Loves Raymond, and moved on to writing for the award wining Nickelodeon family series The Brothers Garcia. She has since worked for Gavin Polone (Curb Your Enthusiasm, Gilmore Girls), Wally Wallodarsky, and Maya Forbes (The Larry Sanders Show) on the FOX series The Ortega’s. She recently returned from LA wherein she pitched her own show to all of the networks. She has also developed numerous features for several studios and independent producers, among them: Aqua Entertainment, Gunn Films, The Walt Disney Company, Maya Entertainment, Avalanche Entertainment, and Underground Films. She also has a feature film, Charmed and Dangerous, that is to be produced this winter summer.