As an actor, Christian Libonati admits taking direction from his older sister –and his Mom—is “not always easy.” “But I’ve been able to work around that,” he says, “because in the final analysis I trust the theatrical judgment of both of them.” 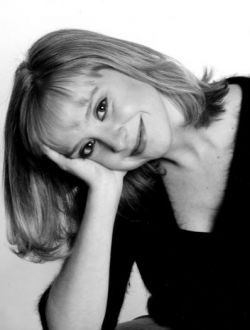 At 29 sis is Allegra Libonati, five years older than her kid brother and the director of Summer Theatre of New Canaan’s upcoming production of Shakespeare’s “Taming of the Shrew” in Waveny Park.

Mom is Melody Meitrott Libonati, the artistic director of the theater, the director of the forthcoming musical classic “Camelot” and a Broadway musical actress. A fourth family member associated with the theater is her husband Ed, the executive director and the principal in an award-winning creative marketing agency in Norwalk called The Brandloft.

The four acknowledge sensitivity to labeling Summer Theatre of New Canaan a family enterprise. Each of them is accomplished in their own right outside of New Canaan on the stage and in the creative realm extending from advertising to TV commercials to soap operas.