Jodi Stevens. Most recent, is the release of independent feature film, Pervertigo, where Ms Stevens stars as heroine, Oksana Nash. On Broadway, she starred in original companies of Urban Cowboy and Jekyll & Hyde. Off Broadway, she garnered rave reviews as Hollywood film icon, Marlene Dietrich, in the Off Broadway the musical production of Dietrich and Chevalier, booked in cities thru out 2013. Favorite shows include, Under Fire: The Musical NYMF, I Can Get it for You Wholesale at The York, Body Shop at Westbeth , Antigone: The Musical at TADA! and 27 Wagons Full of Cotton at Intar.

For the Summer Theatre of New Canaan, Jodi has performed leading roles in Hairspray, Legally Blonde, Singin In The Rain (for which she received Best Actress in a Musical from the Connecticut Critics Circle) and Pippin.  Around the country Ms. Stevens has also starred in Sweeney Todd, Heaven Help Us: A New Rat Pack Musical: Harmony: the musical. by Barry Manilow and Bruce Sussman, Dracula: the Musical, both at the La Jolla Plyhs, Annie: the 20th Anniversary at the Goodspeed Opera House, in East Haddam Connecticut. Also in her hometown, of Weston, Jodi starred opposite husband, actor, Scott Bryce in Love Letters at the Music Theatre of Ct. in Westport. At the same award winning theatre, Jodi performed to sold out crowds in My Way, the music of Frank Sinatra.

Ms, Stevens is happy to make her debut on the Westport Country Playhouse stage in the Monday night play reading series, of Holiday. On television, she is now playing, Rita, in the pilot episode of, 27 East, starring Brian D’Arcy James. She’s guest starred in Conviction, Sex and the City and Central Park West. Her vocal recordings include: solo album Girl Talk , The Kurt Weill: Centennial, Johnny Mercer’s: Dream (both for The Actor’s Fund), Rodgers and Leonhart (featured guest artist). Jekyll & Hyde (Broadway Cast Album) . Her cabaret debut at the Bridgeport Bijou Theatre was a critical success playing to a full house.

Jodi is a member of the Theatre Artists Workshop. She enjoys working with her many Conservatory students. More about Jodi at: www.jodistevens.com 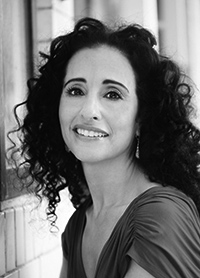 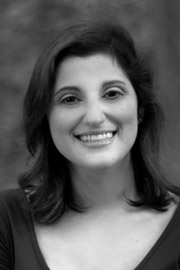